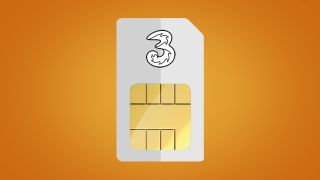 Ben Stokes, Olivia Colman, Margaret Atwood/Bernardine Evaristo. They all took home some prestigious prizes in 2019. And phone network Three joined in the back-slapping fun when it won the prize for 'Phone Deal of the Year' at October's Mobile Choice Consumer Awards.

Its unlimited data SIM only deal took home the gong for the second time in three years, which is obviously great news for Three. But the even better news for you is that you can still get the offer now.

So that means absolutely unlimited data, calls and texts for a mere £18 per month. In a SIM only deals market that seems to get fiercer and fiercer by the day, Three's all-you-can-eat offer remains our favourite of the lot.

We've got more details about the offer below or, if monthly bills of £18 still sound a bit on the high side, keep scrolling to see what other SIM only deals are out there right now.

SIM only: at Three | 12 months | Unlimited data | Unlimited calls and texts | £18 a month
Not only did this SIM only deal from Three win the Mobile Choice Consumer Award, it then went on to basically win Black Friday and Cyber Monday, too. Now it continues to be the best around for the January sales. For just £18 a month you're getting completely unlimited data - an unrivalled price for any big data streamers and people watching movies on the go.
View Deal

What does a SIM only deal with Three offer?

Whether that be free exclusive prizes or extra roaming. You can see all of best parts of a Three SIM only deal or Three mobile deals down below.

What other SIM only deals are out there?

£18 per month for unlimited data is undeniably great value, but you can trim your bills even more. In fact, you can get them all the way down to a fiver a month with iD Mobile, if you can manage on 1GB of data.

Our other go-to recommendation at the moment comes from the lesser-known Smarty. With two limited time offers, it is attracting swathes of new customers its way. Choose from either 30GB data for a tenner, or go all out on 50GB for £15 per month. Fantastic value that gets even better when you discover that you'll be put on a 30-day rolling contract that you can break whenever's convenient for you.