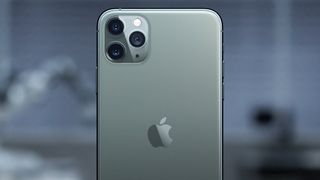 Apple is expected to launch new iPhones as usual this September, but the iPhone 12 could come with a brand new component that we haven't seen before: a custom-made antenna ready for 5G connections.

That's according to sources speaking to Fast Company, who say that Apple wants to build its own antenna rather than relying on the Qualcomm equivalent because it thinks it'll be able to make the phone thinner as a result.

Apple is also keen to reduce its reliance on third-party component developers, the report says. The tech giant already develops its own processor chipsets for the iPhone, with the A13 Bionic chip fitted inside the iPhone 11 range of handsets.

The iPhone 12 will, apparently, make use of the Qualcomm Snapdragon X55 modem to enable 5G on the next batch of iPhones, but the decision about the connected antenna is still to be made, some seven months ahead of launch day.

The year of 5G

Analysts and tipsters have long been saying that 2020 is the year that Apple will add 5G to the iPhone, and it would be something of a surprise if it put off the next-gen tech to the year after.

Just about every flagship and plenty of mid-range and budget phones are going to come with 5G capabilities this year, so it would look a little odd if Apple didn't embrace the technology. What's interesting though is how it might go about it.

Making its own antenna would be something of a risk for Apple – the custom-made antenna it fitted inside the iPhone 4 let to some users having problems receiving calls, and with the new 5G tech, it's going to be a real challenge to get everything right.

We might not know for sure what Apple is putting inside the iPhone 12 until September arrives. In the meantime, rumors are swirling that this could be the year that Apple decides to drop the notch from the phones.