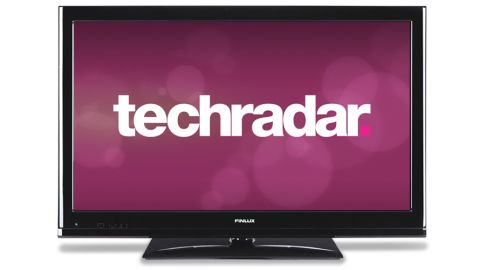 Finlux has never made a more concerted bid to get a foothold in the UK TV marketplace than it is right now.

Driven by the considerable muscle of its newish Turkish owner Vestel, Finlux is currently offering visitors to its online shop a startlingly wide variety of TVs, covering both a comprehensive array of sizes all the way up to 55 inches, and a reasonably wide selection of features. Including 3D.

The 3D-capable Finlux 42F7010 gives you, as its name suggests, a 42-inch screen. And the 3D technology it uses - as might be expected on a price-focused TV - is passive.

There will be an in-depth consideration of the pros and cons of passive 3D, as opposed to active shutter 3D, in the Performance section of this review. But one thing worth noting up front here is that the Finlux 42F7010 delivers big-time on passive 3D's cheap glasses advantage by providing eight pairs for free with the TV.

The Finlux 42F7010 isn't especially well stocked with fancy picture fine-tuning tools, as might be expected. But it's got more connections than you might anticipate, including four HDMIs and a pair of USB ports that can be used for playing music, photo and even video files from USB storage devices.

Finlux hasn't managed to extend the 42F7010's multimedia talents to include DLNA networking, though. Indeed, the set doesn't carry either Wi-Fi or a LAN port, so it also can't be taken online.

While the lack of DLNA/online support isn't a major deal on a budget TV, the missing LAN additionally alerts us to something else more troubling: there's no Freeview HD tuner. Hmm.

Hopefully the Finlux 42F7010 will have enough going on in the picture quality department to make the lack of any HD tuning easier to forget.

It must also be stressed here that if the Finlux 42F7010 sounds interesting to you, you'll need to act reasonably swiftly, because Finlux has announced that it plans introduce a new version, the 42F7020. However, we would anticipate the Finlux 42F7010 sticking around longer on third-party sites such as Play.com.

Mind you, from a quick look at the specs to the upcoming Finlux 42F7020, it doesn't seem as if there are many significant differences anyway - except that the new model appears as if it's going to ship with two pairs of 3D glasses!