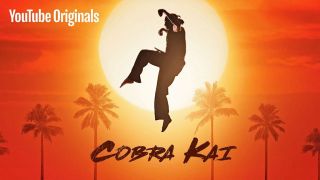 YouTube is opening the floodgates on its Originals show library: Starting soon, you’ll be able to watch popular YouTube Premium shows like Cobra Kai, Lazer Team and Liza on Demand for free with ads.

That said, there are two caveats here: The first is that not all shows will be available for free immediately, nor will they stay that way indefinitely. (Basically, shows could move between paid and free at any time, so you’ll have to move quick.)

The other caveat is that the shows will have interstitial advertisements like you’d find on longer YouTube videos.

The reason behind the shift in strategy is to give advertisers a premium placement spot – think primetime programming on traditional cable – and it could be used to help promote shows that might not otherwise have much of an audience.

Pretty much, yeah. According to a YouTube Blog post explaining the changes, a good number of these shows will become available to stream for free soon – and that will include the third season of its flagship show, Cobra Kai.

Sure, these shows will now be competing against the 400 hours of YouTube content every minute to the site but, if YouTube wants to get serious about its premium content offering, this is a good way to start.

Still skeptical? Check out the first season recap of Cobra Kai below.