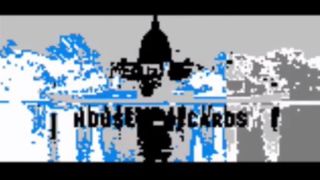 Netflix is already available on every modern platform, so why not start adding it to platforms that are a bit less than modern?

That's what two developers did on the streaming company's semi-regular "Hack Day" last week, creating a Netflix app capable of playing House of Cards on an original Nintendo system from 1985.

Other hacks included a "Binge Encouragement and Enforcement Platform" that plays a loud, horrible noise every time you look away from the screen, a feature that uses dual PINs to ensure couples don't watch agreed-on shows without one another, and a line-by-line subtitle tracker.

Whether or not any of these features - including watching Netflix shows on a 30-year-old console - would actually be useful to anyone is irrelevant, unfortunately, because it's highly unlikely that any of them will actually see the light of day beyond this.