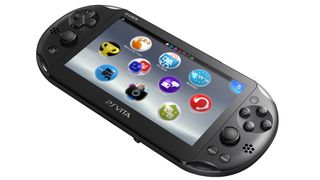 Can you name a handheld device that can play the sort of triple A games you’d expect from a home console?

OK, not that one. Do you remember Sony’s PS Vita, the premium dedicated handheld that promised to put the power of a home PlayStation in your hands? It had great potential, but outside Japan never saw the success that Sony hoped for it. As a result, it now seems that Sony won’t be stepping into the mobile space again anytime soon.

When quizzed about the future of the Vita brand, Sony Interactive Entertainment America boss Shawn Layden didn’t do much to allay fears that Sony had all but given up.

"To be honest, the Vita just didn't reach critical mass in the US or Western Europe," Layden said in an interview with Time.

"I don't know if it was that it was more technology people had to carry around, or more things to charge, or whether their phone or tablet were taking care of that. But once the content slowed in that pipeline, it became hard to keep the Vita as a going concern."

The success of the Nintendo Switch has renewed interest in handheld gaming but Sony’s now happy for the Switch to be a complimentary gaming player rather than a direct competitor.

"It's definitely what that [Nintendo] fanbase has been waiting for," Layden added.

"When you look at our numbers, I think it shows that a lot of gamers are a two-console family. And quite often those two consoles are PlayStation and Nintendo sitting side-by-side."

It’s a shame – Sony’s PSP is actually the 8th best-selling console of all time, with 82 million handhelds sold. Sony had it all to play for when the Vita launched in 2011, but failed to drum up interest beyond a relatively small 10 million player base.

Despite a wonderful OLED screen, dual control sticks and great graphics, a lack of first party support to the AAA game ideal and the rise of smartphone gaming left it a curio device for indie games and retro re-releases.

Nintendo may have proved that the appetite for handheld gaming remains, but Sony’s Vita seems destined to see its twilight years out as little more than a glorified second screen accessory to the PS4.