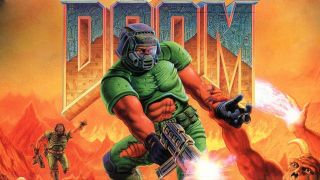 If there's one thing we've learned from shows and movies like Halt and Catch Fire, Silicon Valley and The Social Network, it's that the inner-workings of tech and game companies make for incredibly compelling viewing.

Now, we could have a new TV show to look forward to, with news that USA Network has ordered a pilot for a series based on Masters of Doom, the 2003 non-fiction book by David Kushner that recounts the founding of id Software and the creation of its beloved Doom franchise, as reported by Deadline.

The series will focus on the company's key founders, programmer John Carmack and designer John Romero – two best friends who would go on to become bitter rivals following a major falling out during the development of id Software's Doom II follow-up, Quake.

Tom Bissell has been tapped for pilot writing duties – a great choice given his previous work on the game-themed book Extra Lives: Why Video Games Matter and as lead writer on Gears of War 4, along with the indispensable knowledge he would've likely gained from his time working at id Software as a game tester.

Masters of Doom will be produced by James and Dave Franco's company Ramona Films, which made the award-winning film The Disaster Artist based on a book which Bissell co-authored.

If picked up for a series order, Masters of Doom "would serve as the first installment in a planned anthology," in which "each subsequent season would then be based on seminal moments in the history of video games," as reported by Variety.