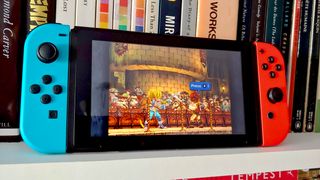 We'd already heard word that not one, but two new Nintendo Switch consoles could be on the way, and now we're hearing whispers that Nintendo may be taking a slightly different approach to their manufacture.

According to The Wall Street Journal, the company is indeed making a pair of new  consoles, but that at least those destined for US shores will be made outside of China, unlike the majority of original Nintendo Switch production.

Manufacturing will be moved elsewhere, most likely to Southeast Asia, in an attempt to evade the costs of new tariffs on imports of goods coming from China into the US. With part of the appeal of the Nintendo Switch being its relatively affordable price tag, keeping supply chain costs down for the new Switch machines will be paramount to their continued success.

One affordable, one powerful

The distinction that one new console will be a powerful, souped-up version of the original Nintendo Switch, and the other an even more budget-friendly model with a reduced feature set (potentially ditching the docked concept, and including permanently attached Joy-Con controllers), continues through the latest bout of rumours.

But with the source stating that some production of the original Switch will also move outside China, it's now suggested that the older model will live alongside the work--in-progress machines – presumably as a mid-level tier in a newly defined range.

Despite being an E3 2019 no-show, if the report proves true it suggests that Nintendo is now ready to ramp up plans for its next consoles, and could introduce them sooner than initially anticipated. If you're on the market for a Nintendo Switch, it may be worth holding fire for a bit longer to see what's waiting in the wings.