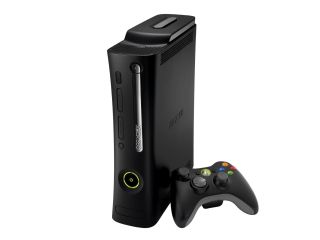 Well, at least you got through one day of work. And while I know that four are ahead of you, sit back, relax, and enjoy some tech news you may have missed.

In a move that could have a far-reaching impact on college-aged students, Google and IBM have announced a partnership that will invest millions of dollars into universities to promote cloud computing initiatives. Both companies intend on providing "several hundred computers" as part of the initiative.

After Sony announced that it will be dropping the price of the Playstation 3, it seems Microsoft finally realized that it can no longer be complacent. The company announced today that it will be bundling two games -- Forza Motorsport 2 and Marvel Ultimate Alliance -- with every standard and Elite Xbox 360 bundle.

Samsung has unveiled a new display, dubbed the Syncmaster 245T, which features an HDMI port and split video. The new monitor sports a 1,500:1 contrast ratio and a full 16.7 million colors. But with such a high price ($1,114), the company may be hard-pressed to find a buyer.

Although some may be unaware of it, Windows Vista was developed to run extremely well on Hybrid Hard Drives, or HHD, for short. With that in mind, Seagate has launched the world's first laptop Hybrid Hard Drive. The 5400 PSD drive will come in sizes of 80-, 120-, and 160GB, and sport a SATA 1.5 interface.

If you're the kind of person who doesn't mind spending hundreds of dollars for a nice set of earbuds, you may want to keep reading. Pioneer has unveiled two new sets of earbuds (the 7s and 9s) that are tuned and designed to fit your ears better and isolate the music from the people around you.

As a fan of McDonald's food, I can't help but drive down to the local restaurant and have a meal every now and then. But for the first time in the UK, you can have a meal like me and enjoy some free Wi-Fi in the process. According to the restaurant chain, UK restaurants will be adding free Wi-Fi.

Yahoo! OneSearch, a relatively ignored branch of the Yahoo universe has been improved to include Wikipedia and Yahoo Answers results in the result page. Even better, Yahoo added flight status information to make the page more convenient for users.