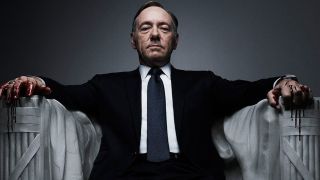 Netflix's venture into 4K content has begun in earnest, with the company confirming the second season of its flagship original drama House of Cards is now available at the high-res resolution.

Subscribers with a 4K television can now enjoy the underhanded antics of Frank Underwood, providing their next-gen set has a H.265/HEVC video decoder, which is built into most new 2014 models.

Although that significantly limits the availability (yes, even further), it does represent the start of Netflix's pledged spring roll out for 4K streaming content, which it will do for all original content.

Alongside House of Cards, there are also a 'few wildlife documentaries' that have been given a makeover, but there's been no indication of what'll be next.

As of today very few folks will be able to take advantage, given those 2014 models were only announced at CES back in January and very few of those have hit the shelves yet.

At the show, Netflix pledged to launch 4K friendly apps for sets from Sony, Samsung, LG and Vizio, meaning there'd be no need for specialist streaming devices.