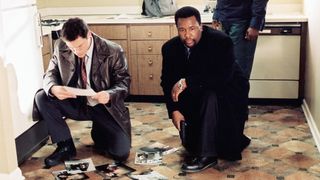 HBO's The Wire is among the shows coming to Presto

UPDATE: A spokesman for Foxtel has spoken about HBO's plans for Game of Thrones.

Now, Presto Entertainment is bolstering its line-up with the addition of some classic HBO and Showtime favourites.

The HBO shows that will appear on the service include The Sopranos, The Wire, Boardwalk Empire, Band of Brothers, Deadwood, Entourage, True Blood, The Newsroom, The Pacific, Girls, Six Feet Under, Hung, Veep and Big Love, while Showtime shows include Dexter, The Borgias, Brotherhood, Californication, Nurse Jackie and Ray Donovan.

A game of streams

Presumably, that doesn't include HBO's own SVOD service, HBO GO, which is available to its cable subscribers and does stream Game of Thrones.

HBO is reportedly readying a new standalone streaming service for people who aren't HBO cable subscribers, and is expected to roll it out in time for the next season of Game of Thrones in April.

Game of Thrones will continue to air on Foxtel and Foxtel Play.

Presto lays down another gauntlet

The addition of fan-favourite HBO and Showtime programmes to the Presto Entertainment service could be seen as another blow for the local version of Netflix, which is due to arrive on Australian shores in March 2015 without its signature shows House of Cards and Orange is the New Black.

Rival streaming service Quickflix also has a range of HBO shows on offer, though Game of Thrones is only available to purchase.

With that said, we can expect more content announcements from Presto Entertainment in the coming weeks.