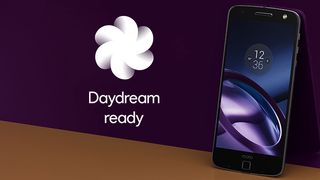 Android Nougat for Moto Z and Moto Z Force is officially coming to the modular smartphone duo this week, but there's more to this update than meets the eye.

Both are also becoming the first phones to support the new Google Daydream View VR headset outside of the Google Pixel and Google Pixel XL.

So in addition to enjoying new functionality like splitscreen view and inline replies to notifications, virtual reality is coming to the Moto Z family in a big way.

Android 7.0 Nougat with Google Daydream support is rolling out to the Moto Z and Verizon-exclusive Moto Z Force now through the end of this week, according to Motorola.

While the Moto team never officially commented on VR headset compatibility before this, the moves makes sense for the Moto Z and Moto Z Force.

What about Moto Z Play and Moto X Style?

Left out of today's announcement is the newer Moto Z Play. Its slightly slower Snapdragon chipset and lower-resolution 1080p screen – exhibiting a "screen-door effect" an inch from your face – may be why it's not being updated just yet.

All hope isn't lost. Both the Moto Z Play and Moto X Style (Pure Edition in the US) are still supposed to get Android Nougat before the end of 2016.

Just don't expect either phone to support Google Daydream. While the normal-sized, 5-inch Pixel has 1080p screen, too, and still works with Google's VR headset, it the faster Snapdragon 821 chipset to pull off the stringent performance requirements.

Moto X Play and Moto X Style aren't part of the 820/821 chip club. Not even last year's Nexus 6P, with a Snapdragon 810 chip and beta tested with Google Daydream, is supposed to get Android VR compatibility. Sorry to crush your Daydream daydreams.