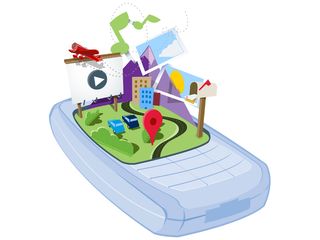 Android is based on Linux, so is eminently suitable for laptop PCs

It might seem like we've been talking about Google's Android OS making it onto laptops as well as smartphones for far too long now – and it probably is – but at least there's now one prototype that's out in the open for all to see.

French website Le Journal du Geek has photos of the Android-based Alpha 680 laptop from Spanish company Airis and it looks pretty much as you'd expect if you've ever used an Android phone.

The desktop on the swivel-screen tablet computer shows the familiar Google search box, while there's evidence of an onscreen virtual keyboard for use when the machine is folded.

Unfortunately, the report indicates that the Alpha 680 is still some way from being stable, which – as well as the fact that there's not even a hint of pricing – suggests the wait for an Android PC is only going to go on.