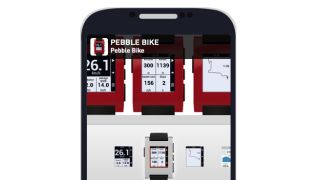 Pebble owners, rejoice – the smartwatch is getting its own app store very soon.

Pebble has announced that its official "Pebble appstore" will arrive in early 2014 and will appear within the existing Pebble smartphone application.

The appstore will appear in both the iOS and Android Pebble smartphones apps, where you'll be able to search, browse and install apps and watchfaces to the smartwatch.

Who watches the watchfaces?

Pebble is allowing developers to submit their SDK 2.0 apps right now, to make sure they're set for the big launch next year.

Apps will be placed into seven categories: Daily, Tools and Utilities, Remotes, Notifications, Sports and Fitness, Games and Watchfaces.

However it's also confirmed that it will continue to support third party websites offering their own apps and watchfaces, such as MyPebbleFaces.com.

The announcement of a proper app store will no doubt be good news to Pebble owners, given that the installation process is currently a tad on the fiddly side.