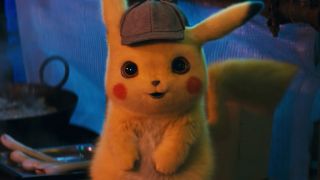 Ever get scared that everything in your life will one day be subsumed within the entertainment complex? Well, sleep those worries away with the next entry in the Pokémon universe, Pokémon Sleep: a game where you are somehow rewarded for sleeping.

Pokémon Sleep is set for release in 2020, and will aim to turn "sleeping into entertainment".

The title is a shared juncture between Select Button – the developer behind mobile game Magikarp Jump – and Niantic, who you'll know for their bestselling AR game Pokémon GO.

So how will Sleep end up playing? We expect some reference to the most famous napping Pokémon – Snorlax, of course – possibly involving a leveling-up system based on how much rest your Pokémon get.

Given Niantic's involvement, it's also possible the creatures you capture in Pokémon GO will be ported over for you to interact with in a different way.

While it may seem like an odd twist on the series, Nintendo has something of a history with "quality of life" products, like the Wii Vitality Sensor pushed by the late Nintendo President Saturo Iwata. And if there are Nintendo games for exercising, fighting, and exploring, why not a sleeping game for when the first three options have exhausted you?

The Nintendo Direct announced number of new Pokémon products on their way to fans, including another mobile game called Pokémon Masters, for 3v3 battling with iconic trainers from the Pokémon franchise (Brock, Misty, Lance, Cynthia, and the like).

Pokémon Sleep will also work in conjunction with the new Pokémon Go Plus+ (you read that right), an upgraded version of the AR game's smart wristband, adding a sleep tracker that can connect wirelessly to your smartphone.

In a world packed with smartwatches and fitness trackers, could this be what bridges Pokémon training with, you know, actual fitness training? We'll have a nap and get back to you.