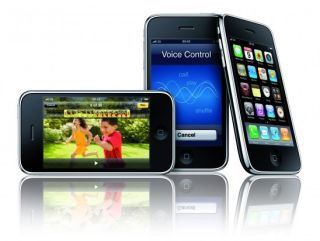 Vodafone will start selling the iPhone from today, with the company announcing that it will be delivering a massive 50,000 handsets to customers on its first day.

The iPhone was originally exclusive to O2, but that has now changed with other service providers now getting their hands on the popular mobile phone.

"Vodafone UK CEO Guy Laurence confirmed that it would be delivering over 50,000 iPhones to customers on its first day of selling the device," said Vodafone in a statement.

"He said the main reason for the exceptional demand was customers wanting to use the phone on its outstanding network."

It should be noted that when the iPhone launched on Orange in November it shipped around 30,000 handsets.

Despite some high profile contenders for the most desired handset – including the HTC built Google phone, the Nexus One – Apple's iPhone has consistently drawn the crowds.

With an Apple iPhone '4G' mooted for the summer – continuing a series of annual upgrades to the series and the Apple App store just going past its 3 billionth download, there is no sign of the Cupertino based outfit loosing its grip on the smartphone market.