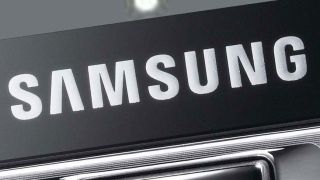 Samsung has told TechRadar it's aiming to launch new products much closer to their announcement, which could mean the Galaxy S3 will be on shelves before June rolls around.

In an exclusive interview with TechRadar, Simon Stanford, Samsung's VP of telecommunications and networks for UK and Ireland said in March that timing launches around industry events isn't always the most efficient strategy:

"Traditionally the industry works in cycles around an event, meaning there's usually quite a period of time between announcement and period of launch.

"Commercially, you have to question that; plus it presents a challenge by putting you in a position where everyone knows what you're up to."

However, Stanford stopped short of naming the Galaxy S3 outright, stating: "In terms of any successor to the S2, that will be hosted at separate event in due course.

"Whatever it is, and whatever it's going to be. As it stands, nothing exists. This is all should any successor be announced."

But it seems Samsung's stance has shifted to maximise exposure and 'online buzz' around its products - and also in terms of staying safe in the increasingly potent patent landscape between manufacturers, which goes some way to explaining its lack of press conference at MWC 2012:

"The industry is now highly competitive and fiercer than I've ever seen it in the 15 years I've been working in it. Just look at entrants into the Android space this year alone," said Stanford.

"Protecting IP and assets is becoming vastly important to everyone; now the development is such that whatever the product is it has to be protected at all costs.

"I don't read any more into it than that, it's just about making sure we protect whatever needs protecting until such a time that that product, whatever it may be, is about."

S-Pen. Definitely not the Pen-S

There have been some rumours that the next Galaxy would launch with the S-Pen compatibility as the Galaxy Note, but it seems this may be wide of the mark.

While Stanford talked up the positives of bringing the stylus back into the mobile fold, he pointed out that its use was still being evaluated for future products based on consumer reception, which may mean it's too soon to see it on the Galaxy S3:

"The difference with our S-Pen is it has its own apps; it's a pen with brain. The original stylus was inanimate: you just hit the resistive screen and away you went. This has its own apps to work with and developers are creating apps around this magic pen," he added.

"At the moment, I would say 'why not [add it into future products]?', as there is a need so we are fulfilling it; we'll see what the campaign [for the Samsung Galaxy Note] shows up and we'll see what the results are from that. It shows we're just going to keep innovating."

TechRadar will be bringing you the full interview soon – stay tuned to hear more on the deployment of 4G networks in the UK, how Samsung thinks the tablet market will evolve and more.