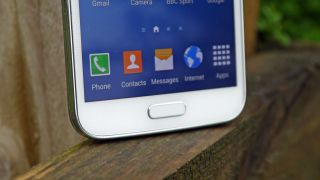 Something that has always irked Samsung Galaxy users has been the inability to customise the TouchWiz dock.

The applications dock, which sits at the bottom of each homepages, has been fixed since the launch of the Galaxy S3.

Strangely, this has not been a global issue, as the dock has been customisable for users everywhere around the world - except for Australia.

Even stranger is that with every new launch, Samsung hasn't even attempted to explain why the dock is locked for all Australian handsets time and time again.

But with a new update, the dock is finally open to be changed.

With Samsung's locked down dock, you were stuck with the Phone, Contacts, Messages and Internet app.

There was no chance of adding Chrome, a camera app or email app instead. Those were the four you were to see on every homepage, even if you never used the native Internet app.

Most users instead turned to launchers, such Nova Launcher, to bypass the locked dock.

We have yet to confirm which handsets are in line to receive the update, though we have updated a Galaxy S5 successfully.

If you are connecting to a Wi-Fi network, you may have been prompted automatically, but if you weren't, you can check if there is a software update for your Galaxy device by going into the Setting Menu, then About Device and clicking Software Update.