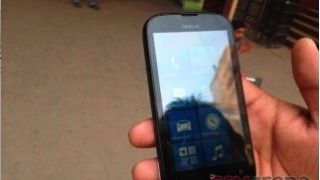 The 510 was spotted in the wild earlier in October

The device, said to be running the bridge Windows Phone 7.8 OS rather than the new WP8 operating system, had been spotted in the wild earlier this month.

And now EXIF photo data, which names the model used to take the snap, seems to have confirmed the 510's existence, prior to the expected launch.

The Lumia 510 would naturally sit at the bottom of Nokia's Windows Phone offering and would be tailored towards developing markets, with an initial launch in China, according to recent reports.

A bargain basement price point of $150 (£90) has been mooted, as Nokia looks to reacquire the bottom end of market following the long, drawn-out demise of the Sybian OS.