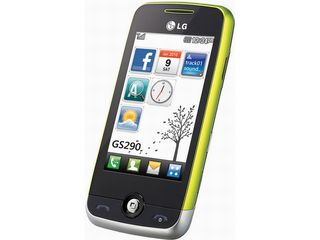 LG has announced the new Cookie Fresh GS290, another budget mobile phone to appeal to the masses.

We brought you news of this phone last week, when it was first shown off at CeBIT - and now it's been made official, which may not be the right way round for a new release.

But the good news is we've managed to sniff out a UK release date - it will be landing on our frosty shores at the start of April.

The LG Cookie Fresh will sport some basic specs - we're talking no 3G and a 2MP camera bolted on the back.

All about the media

However, there is a three-inch touchscreen and social networking integration to get excited about, and the UI seems to be large and easy to use.

And media is also catered for - despite likely coming with a sub £100 price tag, there's still a 3.5mm headphone port and an FM radio too.

The LG Cookie sold fantastically well two years ago when it was released - it still was top of the pay as you go charts in the UK last year.

Check out the Korean press release if you're into translated announcements - there's a picture of a girl holding some phones as well, if you need a reason to click.