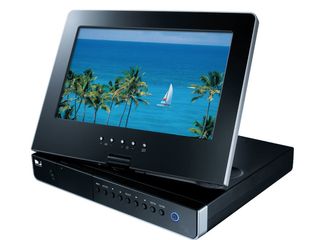 Samsung is spearheading the drive of mobile digital terrestrial TV

Mobile terrestrial digital TV broadcasts are already massively popular in Korea and are winning mindshare in Japan, making it inevitable that the rest of the world would follow suit soon, which is exactly what Samsung is planning.

The Korean monster has been working with partners to bring the digital broadcast technology to the US, Canada and Mexico sometime this year. The result is an open standard known as Advanced VSB (A-VSB) that will be offered to broadcasters as an option allowing them to add mobile-specific digital channels to their existing offerings.

The key to A-VSB is that it not only includes data relevant to the programming but that the signal is also robust enough to be picked up by fast-moving devices, which is clearly necessary when targeting commuters and other travellers. It achieves this by adding a reference marker that allows devices to check that they've received all the data in each stream and to seek a resend in the event of an error.

As the A-VSB signal adds to and piggybacks on top of the Advanced Television Systems Committee (ATSC) digital standard used in North America, it is unlikely to be seen elsewhere in the world. J Mark Lytle