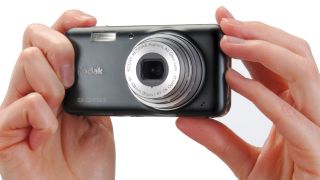 Who are you calling irrelevant? Kodak is making a comeback in the shape of an Android smartphone, and we're going to see it at CES 2015.

Next year will see Kodak enter the phone and tablet business, with devices primarily focused (of course) on photography.

Kodak won't actually be building the products but will be licensing its name to English company Bullitt, the company behind the rugged Caterpillar phones.

According to the press release we can expect to see the first handset at CES, followed by a 4G handset, a tablet and a connected camera later in the year.

There are few details on the upcoming phone, other than that it will let users "take great pictures and edit, share, store and print them in an instant" and that it "will not compromise on design and user experience". We look forward to seeing the result.