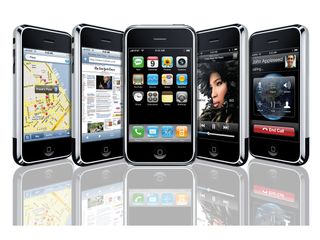 iPhone 4G on its way...really?

Apple is 'reportedly' readying a new iPhone for the summer months, and will apparently call it the iPhone 4G.

This is hardly going to come as a shock to many, with Apple having released a new iPhone every summer for the past three years.

But the news comes from Korean newspaper ETNews, rather than a lonely blogger making up stuff in his or her bedroom, so at least the source seems a little more genuine.

The iPhone 4G will apparently sport a dual core processor, for improved graphics and grunt, which fits in nicely with Apple's strategy of making the iPhone platform as much about gaming as anything else.

Other less likely rumours include a removable and longer lasting battery (the former far less likely than the latter), a front-facing video camera, an OLED screen and an improved camera.

We're going to bet that not all of those features appear on the new iPhone – unless Apple can find some way to spruce up video calling that makes the public actually want to do it, Lord Jobs on high is unlikely to waste space putting the function in there.

And the name is probably just code at best – iPhone 4G would indicate the phone is running on a next-gen LTE network, and that's simply not going to happen with this iteration of the iPhone.