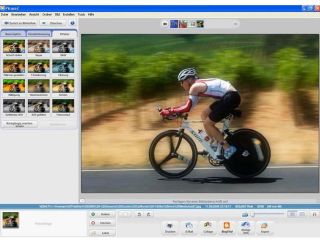 Mobile bloggers have been able to upload pictures via their mobile phones for a while now - at least those with a Flickr account could. Now Google wants in on the mobile photo uploading market too, and is launching Picasa for mobiles .

The Picasa photo sharing service is more about viewing your photo albums, although you can upload photos too. You can also view and comment on photos uploaded by your contacts.

You can tag your photos to show on Google Earth using the 'Place Taken' field as well, an announcement on the Official Google Blog stated.

Flickr users have long been able to upload their snaps via the ShoZu application, Yahoo Go for Mobile 2.0 , or through a dedicated Flickr application built into some Nokia handsets.