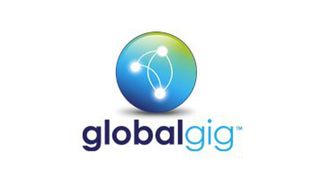 Globalgig let you upload all your Instagram pictures on the cheap while travelling...

Globalgig, a data-only MVNO on the Optus network, has today launched new roaming plans starting from just $19 per month for 1GB, usable in 10 countries.

This launch comes soon after Vodafone announced its "Roam Like Home" plans, which will cap roaming charges at $5 for data and voice use within your plan's allowances, though the pricing for the new plans have yet to be announced.

But Globalgig's Jesetter plans, though data-only on 3G networks, has the convenience of not requiring a lock-in contract.

Offering a SIM card for $2 or a Wi-Fi 3G hotspot device for $49, its Flexi and Home & Abroad plans only offered either 5c megabyte or 20c per megabyte pay-as-you-go options for international data roaming, depending on the country.

Those prices include use within Australia, but also roaming in the US, UK, Austria, Denmark, Hong Kong, Italy, Portugal, Republic of Ireland and Spain, with 5c per megabyte for excess use in these countries.

For the other available countries, like New Zealand and Germany, it will fall back to the pay-as-you-go charge of 20c per megabyte.