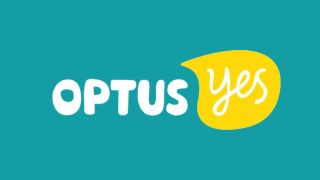 It wasn’t too long ago that Telstra announced the launch of its Gigabit LTE network, and today Optus has followed suit.

Macquarie Park, in Sydney’s north-west, has seen the rollout of Optus’ new gigabit-speed 4.5G network in what the telco has described as “a step towards 5G”. This suburb is home to not only the carrier’s headquarters, but also includes a university, around 400 businesses and about 95,000 residents.

The 4.5G network, made up of around 20 base stations, has achieved 1.03Gbps download speeds in the trial using bespoke Huawei fixed mobile modems.

4.5G includes a capacity upgrade over the current 4G network, so even though customers won’t be able to make use of those top speeds until compatible devices become available, Optus claims existing users could experience immediate benefits during peak usage periods.

The telco has promised that network upgrades taking place around the country will deliver the new gigabit speeds to around 70% of its customers within the next year.

Currently 4.5G-ready devices, or mobiles with LTE-A Pro support, aren’t commercially available, but there is a possibility that we could see some announcements in that regard at the upcoming Mobile World Congress to be held in Barcelona this month.

Optus has said it has plans to build a network that more effectively caters to delivering multimedia, so this is another step towards achieving that dream. The telco’s also recently invested in content rights for sports, with CEO Allan Lew saying that expanding and improving Optus’ mobile network to carry video had been the company’s primary focus during his tenure.