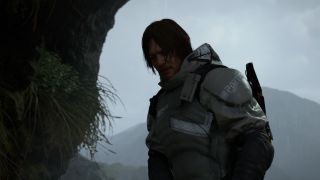 Sony may not be attending E3 2019, but that doesn't mean we won't be getting any news on upcoming Sony exclusives anytime soon.

In fact, following a series of cryptic tweets from Hideo Kojima, Kojima Productions has confirmed that a brand new Death Stranding trailer will drop on May 29.

Count down for #DEATHSTRANDING is on. Stay tuned - May 29th. Help us reconnect pic.twitter.com/Ci7omMN9x7May 28, 2019

If that's not enough, there are also rumors that Sony will drop a new trailer for The Last of Us: Part 2.

These rumors come via reports from two Spanish websites, Gamereactor and Legion De Jugadores (via GamesRadar), which state a new trailer will be released alongside details of the release date.

No E3, no problem

Rumors that Sony will drop a new Last of Us 2 trailer alongside the Death Stranding trailer should be taken with a pinch of salt, but it's not totally out of the question. Last month, a poster on Resetera suggested that we would be seeing more of The Last of Us: Part 2 before E3 2019.

Regardless of whether the rumors of a new Last of Us 2 trailer are true, we definitely know that we will get to see more of Kojima's Death Stranding. Let's just hope this trailer sheds some more light on what the game is actually about, as wells as when we can expect it to be released.

Sony has not officially revealed what time we should expect these trailers to drop, but we'll be keeping you updated with all the latest news on both titles.