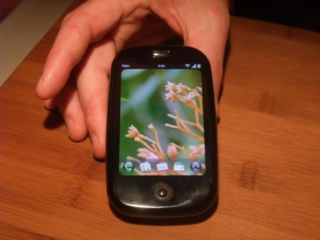 The Palm Pre - is it Vodafone's already?

The mobile phone rumour mill is, on occasion, as good as football transfer window ideas, and this one comes right out of the top drawer for speculation.

The talk on the underground (when we say underground, we mean someone with a sort of connection to a company said something vague over a beer to someone) is that Vodafone is nicking the Palm Pre on an exclusive deal when it's released in the UK.

The deal to bring the handset to the UK under an exclusive agreement is still apparently very much in its infancy, so another operator could well swoop in and grab the handset that everyone's talking about.

Keeping it in the family

With O2 cradling the iPhone, T-Mobile lumbering itself with the G1 and Vodafone already having the BlackBerry Storm, it seems strange to think one of the other carriers in the UK - Orange or Three - wouldn't be after it.

However, TechRadar spoke to Three and the company said it isn't interested in carrying the Pre in its US guise (without 3G... surprise) and wouldn't comment on whether it would be interested in a UK version.

We're still trying to get a comment from Orange, but it appears Vodafone might be in line to nab two of the public's most wanted handsets... though it still doesn't have the iPhone, right O2?