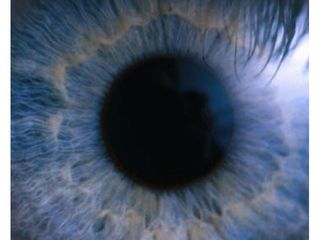 Those of you perturbed by a recent study that said mobile phones users were more susceptible to melanoma of the eye, a rare form of cancer, can now blink easily as a study has concluded there is no link between the two.

Although a previous study raised the alarm bells, a new study, involving 1,600 users with mobile usage of over ten years, found that there was no such link to be made.

The correlation between mobile phone usage and cancer risk increase has been a hot topic for years, there has been a big divide in the scientific community over whether there actually are any health risks.

But Dr Andreas Stang, of the Martin-Luther-University Halle-Wittenberg in Germany, has now spoken out over the link between melanoma of the eye and mobile phone use:

"We did not corroborate our previous results that showed an increased risk of uveal melanoma among regular mobile phone users," he wrote in the Journal of the National Cancer Institute.

"Uncertainty exists about the role, if any, of radio waves transmitted by radio sets or mobile phones in human carcinogenesis."