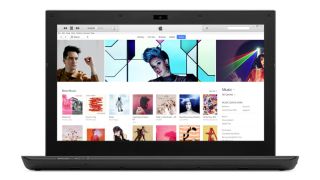 Apple may have announced the death of iTunes as we know it, splitting it into three separate apps with the next version of macOS (Catalina), but what about the Windows app? Well, it seems this will remain unaffected.

Apple informed Micah Singleton of Billboard that iTunes for Windows will continue to tick along just as it is, at least for the time being.

Apple tells me iTunes will continue to exist in its current state on Windows, and the iTunes Music Store will be available in the sidebar in Finder on MacOS CatalinaJune 3, 2019

As you can see in the above tweet (via Windows Central), Singleton further observed that the iTunes Store will still be available in Finder under macOS Catalina, as well as in the sidebar of the new Music app (the three new apps in Catalina will be Apple Music, Apple TV and Apple Podcasts).

Ars Technica further clarified that Apple doesn’t have any intention of ending support for iTunes in Windows, although whether that might change down the line, we’ll just have to see.

This is important, because those using iTunes on Windows represent a large chunk of the user base, given that Windows 10 is now on over 825 million devices across the globe, with other versions of the operating system – mainly Windows 7 – still plentiful, of course.

And indeed if you look at the Microsoft Store, iTunes actually heads up the list of most popular apps, so it’s certainly important what happens to the software on Windows.

For now, then, it’s simply business as usual, and you could argue that the death of iTunes has been greatly exaggerated in a way, as there will still be plenty of users of the existing iTunes app even after Catalina takes the stage.