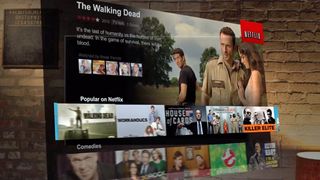 A smorgasbord of popular titles will disappear from the Netflix US streaming library on the first of January, according to one Reddit user who dug into soon-to-expire content.

The likes of Braveheart, Top Gun, Platoon, Eternal Sunshine of the Spotless Mind, Desperado, Brick, Titanic and Serpico are just a few of the popular titles set to vanish when New Years Day rolls around.

The purge comes as current content licences expire, but with the decidedly unimpressive additions to the New Releases and Recently Added sections the disappearance of top titles will be perturbing to some.

Transformers: Dark Of The Moon will also disappear on December 29, but presumably no-one will miss that one.

Netflix spent 2013 expanding its original content library with great success. The likes of House of Cards, Orange is the New Black and Arrested Development Season 4 have provided popular with subscribers.

However, Netflix will need to weight up the value of retaining existing content, which is still the company's bread and butter, against the expenditure on new and original content.

Would you rather see more House of Cards for your monthly subscription fee or be able to call on the likes of Top Gun at will on a Saturday night? Let us know your thoughts in the comments section below.