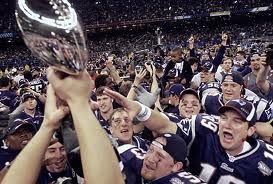 NBC and the NFL will screen the Superbowl online

The National Football League has announced it will stream this year's Superbowl online for the first time in history.

The Superbowl, which has traditionally been an everyone-around-the-TV affair, will be shown free on NBCSports.com as well as on the official site at NFL.com.

However, the online offering won't simply be a mirror of the TV coverage. Those who chose to watch on the web will get the benefit of multiple camera angles and the ability to rewind and pause the action.

There'll also be in-game statistics and highlights, which has been available all season for those football fans watching Sunday Night Football Extra on NBCSports.com.

Verizon Wireless customers will also be able to watch the action on their smartphones for free on the NFL Mobile app.

The streaming experience isn't limited to the Superbowl either, with NBC's wildcard play-off games and the end of season Pro Bowl also benefiting from the online coverage.

NBC and the NFL finally took the leap on streaming after realising that online viewership wasn't harming the television audience.

"We don't want to limit ourselves to people not in front of the TV," Cordella said. "The playoffs are appointment viewing. People schedule their day around it," said Rick Cordella, vice president of NBC Sports Digital Media.