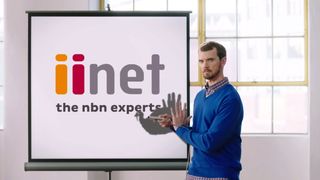 iiNet's shareholders have voted overwhelmingly in favour of a $1.56 billion takeover bid from TPG Telecom.

Shareholders will be pocketing $8.80 per share and a special dividend of $0.75 per share after 94 per cent of votes were cast in favour of the deal.

Of the votes cast, 100.6 million were in favour of the move, crushing the 5.2 million votes in opposition.

The takeover will result in the creation of Australia's second largest fixed-line internet service provider, with over 1.7 million broadband subscribers.

The deal still requires approval from the Australian Competition and Consumer Commission, with a verdict expected by August 20.

Addressing the long arm wrestle between Macquarie Telecom and TPG over the ISP, iiNet's chairman Michael Smith said: "It's clear we have built a business with a brand, customer base and reputation for customer service that a number of key players in the industry would like to own.

"This is a testament to the dedicated team we have at iiNet that is so well led by our CEO David Buckingham."

Smith also gave a nod to former CEO Michael Malone, saying: "We certainly wouldn't be where we are today without his tireless efforts over many years."

Malone had previously criticised the takeover deal, describing it as "incomplete" and "unprofessional".