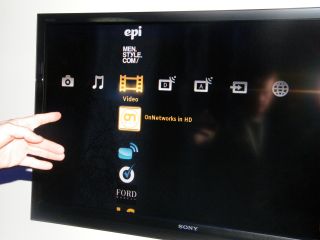 Sony has announced that its web-enabled Bravia TVs will be coming to the UK in 2010.

Previewed at this year's IFA conference, the Bravia TVs have web connectivity and utilise Sony's rather excellent XMB (as seen on the PlayStation 3) for navigation.

It was at the conference that Page also revealed Sony's stance on Project Canvas.

It's unclear who the exact content providers will be when Bravia Internet Video launches in 2010, but Page did reveal that 40 providers have signed up to supply content via the web.

Prior to this, it was only Five's on-demand service which had been announced for the UK.

2010 is going to be a busy time for Sony. The company also plans to release 3D-Ready Bravia TVs next year, in preparation for the Blu-ray 3D standard.