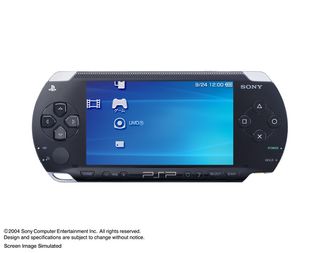 The old PSP will be sold alongside the new PSP Go

One of the worst-kept tech secrets of recent times has finally been outed, as photos and details of Sony's new PSP have been leaked online.

Images and video of the PSP Go apparently turned up in the latest edition of Sony's Qore online magazine and were posted to the general web by Gaming Console Network.

So far, it seems like most of the rumours were accurate - the PSP Go ditches the UMD drive in favour of 16GB of flash memory for storing games and there's a new Bluetooth radio, although it's not clear if the Wi-Fi link has been retained.

The top of the PSP Go slides up to reveal controls underneath, including just one analogue joystick. It seems likely that a Memory Stick slot will be included to augment the 16GB of flash memory.

Significantly, the Go will not replace the standard PSP 3000 - that will remain on sale, so it'll be interesting to see how Sony positions the pair and how much the newcomer will cost when it goes official at E3 this week.