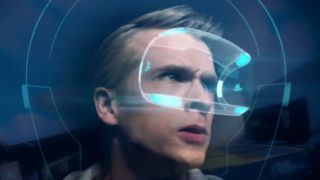 You might have missed it, but Project Morpheus made a brief cameo at Sony's E3 2015 press conference, and it's coming with a multiplayer surprise.

Previously, the PS4 virtual reality headset has been demoed using immersive single-player experience, but the video game publisher is promising to get your friends and family in on the fun.

"Imagine playing a Morpheus game while four of your friends are inside the same virtual world playing alongside of you with DualShock 4 on the couch," said Andrew House, Sony Computer Entertainment president and CEO.

That's going to be a reality on the E3 showfloor, the company promised before unveiling its first Project Morpheus multiplayer game.

It beams you into an e-sports like environment where you're controlling mech-like robots. We'll have to check it out ourselves at tomorrow's show.

The promise of being able to have more than just the Project Morpheus player involved in the game makes Sony's VR headset seem more real than ever.

Check back soon to see our impressions of Rigs and if there are any more multiplayer game demos at E3 2015.