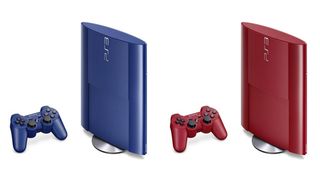 We've got a double whammy of PlayStation news today, as rumors of a PS3 hardware refresh and more new PS4 games emerge in tandem.

The PS3 hardware news came when Kotaku was tipped off to government filings in South Korea for two new PS3 models labeled CECH-4205B and CECH-4205C.

Those model numbers are quite close to the PS3 "super slim" (CECH-4000) that launched last year.

As such, they could be significant hardware overhauls or merely infinitesimal revisions to the existing super slim PS3.

Did someone say new PS4 games?

Perhaps more exciting is the prospect of the unannounced new PlayStation 4 games that Sony Europe CEO Jim Ryan said will be revealed at the German Gamescom convention in August.

"There's a lot [of games] coming," Ryan told Gamereactor at E3 this month in a video that was published last Thursday.

"I'm sure you heard from [Sony Worldwide President Shuhei Yoshida] that he has, just from his studios, 30 games in development. Twenty are going to ship within the first year of the console's life and of those 12 are new IPs, so there's a lot going on, it's just that we need to keep stuff back. We've got Gamescom for us Europeans and we need something to show at Gamescom."

During E3 Sony revealed just one new PS4 game: The Order: 1886. Other than that it simply showed new footage and updates from next-gen games that it had already revealed in February.

But it sounds like Sony will be out at full force in August with even more new PS4 games.

And Microsoft will surely be there, too - the Xbox One maker announced in May (before the new console had even been revealed) that it would have a big presence at the German show.

Sounds like it will be yet another showdown leading up to the next-gen console war.