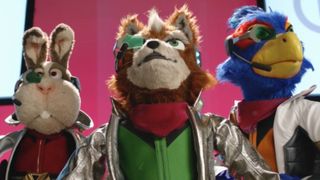 Nintendo is remaining incredibly coy on the details for its next console, the NX, despite having announced it will launch in March 2017.

But in a new interview with Bloomberg Nintendo America President Reggie File-Aime has made reference to the new system, in a respondse to a question about how it will stack up against the upcoming PS4 Neo and the Xbox Scorpio.

"So for us we're focused on bringing our best entertainment to both the Wii U as well as the NX in the future. So for us, whatever Microsoft and Sony are doing in terms of talking about new systems, that's for them to fight out in that red ocean."

Of course, both the Wii and Wii U were underpowered compared to their rivals, but from its launch Wii's unique technology was compelling enough to not let a lack of horsepower damage its success.

Meanwhile the Wii U didn't have such a unique proposition but still remained less powerful than the Xbox One and PS4. As a result the console ended up falling between two stools. If the NX isn't going to go to war with Microsoft and Sony on power, it will need to have something special.

Motion of the ocean

A recent report claimed the NX release was pushed back because a virtual reality feature was being implemented, and in the Bloomberg interview Reggie was asked about where Nintendo currently stands on VR.

"We've been looking at the VR space since the days of the Virtual Boy," he said. "With us, we want to make sure our next content is going to be mainstream, mass-market approachable, and when something like VR is at that point, you can expect Nintendo to be there."

That doesn't sound too hopeful for NX VR, but then it depends on what's considered "mass-market". With PS VR set to launch this October, there's an expectation that Sony will help push virtual reality into the mainstream with a more accessible, plug-and-play, high-end VR experience.

But Reggie also noted that Nintendo has itself helped push new technologies in the past with the Wii (motion tech) and the DS (touch screen).

"There was a lot of gyroscopic technology out there in the marketplace, but it took the Wii and the Wii remote to really make it mainstream," he said.

Could it do the same with VR? The NX dream might suddenly seem a little less hopeful, but we wouldn't rule it out completely.