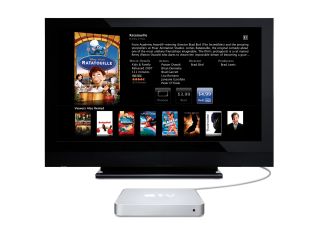 Microsoft PR man on Apple TV: "The product was a conspicuous failure first time out, and lots of lipstick on the pig second time around will be needed"

Steve Jobs' keynote at Macworld 2008 was more of a whimper than bang, and most of its product announcements were misses - or at least that's what one Microsoft PR man thinks.

Under the headline 'Reality Distortion Failure', Frank Shaw of Waggener Edstrom writes on his blog:

"Apple stepped to the plate today, IMHO, and hit... a single. The company won't be up to bat again for a while... if you are only up a few times a year, you better hit some home runs."

Shaw singles out the new version of Apple TV and the MacBook Air for particular attention. Of the first he says:

"The fact that the 'hobby' Apple TV got a whole refresh was not noted in the first round of coverage, but sure was in the second -- the product was a conspicuous failure first time out, and lots of lipstick on the pig second time around will be needed."

He also predicts that the MacBook Air will be a failure:

"The Air, the hero of the show, reminds me just a bit too much of the Cube. Great design, gorgeous, beautiful - market failure. Think I'm stretching? Lots of comparisons - closed, underpowered, etc. One of the best laptops I ever had was the Powerbook Duo210 - so if you slap a docking station into the mix with the Air, let me carry a second battery, then maybe..."

Shaw then goes on to point out why big Apple events like the Macworld keynote are flawed as PR exercises... and, of course, why Microsoft does it so much better.

He conveniently ignores Microsoft's repeated failure to gain a foothold in the TV space with initiatives like Web TV.

One commenter on the Glass House blog also points out that the 'lipstick on a pig' could equally be applied to Windows Vista, while another says "People in glass houses shouldn't throw stones".