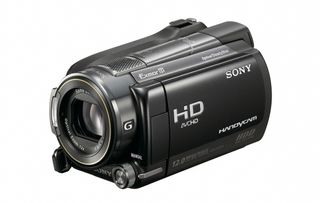 The brand new flagship Sony HD Handycam apparently includes a 'back illuminated cell structure' which should aid picture quality – according to the electronics giant.

The HDR XR520VE brings a super-sensitive Exmor R CMOS sensor, which apparently has been re-engineered so that 'photo-sensitive areas receive maximum illumination, unobscured by a grid of fine metal wires that partially blocks the pathway of incoming light in conventional designs.'

Apparently the upshot of this is that the amount of light getting to the detector is increased, which should effectively double overall efficiency and make low-light filming much easier.

Add in the ClearVid array pixel layout and on-chip analogue to digital conversion and you get a high res recording of up to 12 effective megapixels.