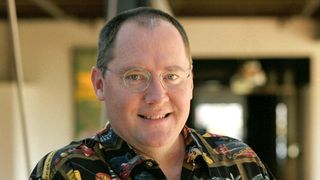 Like Steve Jobs before him, John Lasseter's career really took off when he was fired. Back in 1984, while working as an animator at the Mouse House, he was pushing to use a new form of animation in the studio's movies - CGI. Not convinced with this new-fangled technology, Lasseter's contract at Disney was duly terminated and he needed to find a new job.

Luckily, Lasseter met some people at Lucasfilm and was soon freelancing for the company, teaching computer scientists about the wonders of animation. By the end of 1984 Lasseter was a full-time employee of Lucasfilm alongside colleagues that would soon form the animation studio Pixar in 1986.

Over the next decade, Pixar transformed from a short-film maestro into a CG feature film heavyweight, creating the world's first feature-length CG movie Toy Story in 1995 and following this up with some of the greatest animations of all time. Oh, and Cars.

As fate would have it, Pixar was bought by Disney in 2006 and Lasseter once again found himself as an employee of the animation giant and overseeing the company's 2D division.

The likes of Bolt, Tangled, Wreck-it-Ralph and the ever-popular Frozen proves there's still life in hand-drawn animation - as long as someone such as John Lasseter is at the helm.