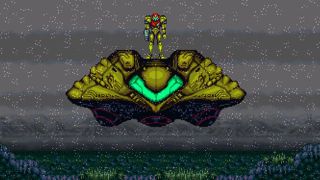 It's one of the most long-awaited sequels in Nintendo's gaming history, but there's finally some positive movement happening with the troubled development of Metroid Prime 4.

Jhony Ljungstedt, the former art director at studio DICE is joining the team at Metroid Prime 4 developers Retro Studios, and brings with him a solid pedigree in first person shooter design.

Though Ljungstedt's exact role is yet to be confirmed, his previous work on Battlefield 5, Medal of Honor (the 2010 reboot), and Mirror's Edge: Catalyst would make him a sound choice to lead the art on a sci-fi first person shooter like Metroid.

Ljungstedt isn't the only major hire for the studio, with Kyle Helfey of Halo character design fame jumping on board, as well as the return of Stephen Dupree, who previously acted as lead designer on Retro Studio's Donkey Kong Country: Tropical Freeze, according to VGC.

It's good to hear things finally moving in the right direction for Metroid Prime 4, with the game having suffered significant delays so far. Originally revealed (in logo form, at least, during a 2017 E3 presentation by Nintendo, development on the game was scrapped as Nintendo executive Shinya Takahashi stated that  it had "not reached the standard we seek in a sequel to the Metroid Prime series".

That lead to current developers Retro Studios taking on the project, with the entire direction of the game being overhauled.

We're still no closer to a release date for the game then, but work presumably is progressing. Could this be the title to launch the long-rumored Nintendo Switch Pro? It'd be a fair guess.