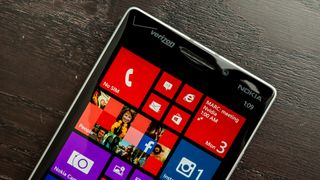 Update: Regarding whether phones purchased through Verizon's new plans would be owned or leased, a Verizon representative clarified that the phones will be offered either at full price upfront or through a two-year, monthly payment plan. After the total cost has been paid in full, you will own the device.

It's about time. On August 13, wireless service contracts and device subsidies will be no more at Verizon (for new customers), the company announced Friday.

In their place, Verizon will introduce four new LTE data plans that are named and organized adorably like (incredibly pricey) cups of coffee. Here's the breakdown:

None of these plans are part of the standard two-year contract that we've all come to know and loathe. Each "size" in this new plan structure can be shared across up to 10 devices, and come with unlimited calls and texts. However, if you go over your set data allowance in a given month, you'll get slammed for $15 per additional gigabyte used.

Also, you'll still have to play for your device's access to said wireless plan. That's $20 per month for each smartphone, $10 a month for tablets and hotspots, and smartwatches are $5 monthly.

While this means the end of subsidized device pricing for new Verizon customers, it's currently unclear whether these new plans essentially lease your phone for the duration that you're paying for it. That's the case currently for wireless provider Sprint, at least. We've reached out to Verizon for comment.

It's worth noting that, while rivals like AT&T and Sprint still offer their contract options (but generally steer new suitors away from them), Verizon is eliminating that option entirely for new customers. Meanwhile, T-Mobile has been doing this sort of thing for years now, arguably inspiring its competitors to catch up.