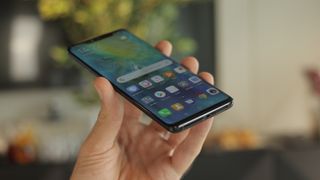 A new leak suggests the Huawei Mate 30 and Mate 30 Pro may sport even better battery life than last year's Mate 20 and Mate 20 Pro as the batteries are apparently set to be bigger on the upcoming devices.

According to a leak from Weibo (a Chinese social networking website), the battery will be 5% bigger in the Huawei Mate 30. The Mate 30 Pro's battery is set to be 7% bigger.

This rumor goes alongside other improvements we've heard such as the fact the phones may come with fast wireless charging capabilities as well as some of the best fast wired charging speeds we've ever seen.

If this report is correct - and you should take it with a pinch of salt as we haven't been able to confirm the source - then it looks like Huawei will be putting a major focus on battery life for its next-gen device.

During our review process, we found battery life to already be strong on both the Mate 20 and Mate 20 Pro. Improvements are always welcome though, especially as these are positioned as high-tech performance-focused products for people who want long-lasting battery.

These devices are likely to be announced in either September or October, in order to compete directly with the upcoming iPhone 11 family as well as the Samsung Galaxy Note 10 and Note 10 Plus.

However, they could face road blocks, as while sanctions on Huawei in the US have been given a 90-day reprieve, it looks like the Huawei ban is set to continue to be a highly political issue for the company and the US government.