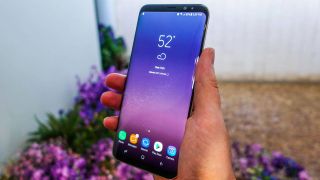 The 2017 Brand Trust Report is out, and has crowned Samsung as the most trusted brand in India. Sony and LG are in the second and third place respectively, with Apple settling for the fourth place. Interestingly, Samsung has jumped 17 ranks compared to last year, while Apple has jumped 12 spots to finally make it to the top 5. Sony and LG have retained their positions from last year, which is no surprise really.

So what makes these brands so trustworthy?

It’s the wide array of products they offer. Plus, the fact that they offer incredible service and after sales support also helps in winning the customers’ hearts. It’s important to note that Samsung has topped the list despite being in the headlines over the Galaxy Note 7 controversy. But the way Samsung handled the whole incident was pretty commendable. But that’s just the mobile department, while the company’s TV and home appliances department has been pretty popular through the course of the years.

Sony might be falling behind in the mobile industry, but it still remains a force to reckon with in terms of televisions, and home audio systems. It also won the console race with the PS4 edging out the Xbox One during the initial months. The Japanese brand has built its name and reputation on the back of its TVs over the years, and the new lineup of TVs with some groundbreaking features have made it a trustworthy brand for many. Not to mention the kind of support the company offers to the customers.

LG, much like Samsung, is involved deeply with smartphones as well as home appliances. Its air conditioners, refrigerators as well as televisions remain among the best in the industry, with the mobile lineup not too bad either. The company has just launched the G5 in the markets, with what is considered to be an exciting hardware and software combo.

While Apple tops most brand ratings in the world, the fact that it’s not that easily accessible to the average Indian consumer is what makes people a little wary of the brand. Its products are steeply priced, which has led to this false notion that whatever the company comes up with is going to be amazing. That’s the kind of popularity Apple enjoys in the country. However, that doesn't necessarily mean that the customers trust it as a company. But still, ending up on fourth place is a pretty big achievement for the Cupertino giant.

The list is rounded off by TATA which sells a large number of items through a variety of channels. Car manufacturers Honda and Maruti Suzuki landed up in 6th and 7th place, while Dell, Lenovo, and Bajaj made up for the rest of the top 10.