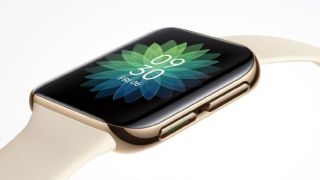 Oppo has previously teased its move into the wearable space, and today we've seen our first glimpse at what the new smartwatch will look like.

A Vice President for Oppo has shared the first render of the so far unnamed smartwatch on Chinese social networking site Weibo which you can see above. We've yet to learn anything about the specs or price of the device, but this is a clear look at the design you'll get.

We can clearly see there are two buttons on the right hand side of the device. We don't know what will be on the left hand side but that may be where we'll find a crown.

There seems to be a hole between the two buttons that may be a microphone, but that's currently unclear what it'll be able to do.

Oppo is likely to be at Mobile World Congress in February and that may be where we see the company officially unveil its new smartwatch.

The display of the watch in the render says 'Fri 06' and the next Friday to fall of the sixth of the month is in March. That may mean that this is the release date for the new watch, but we're unlikely to know for certain for a couple of weeks.