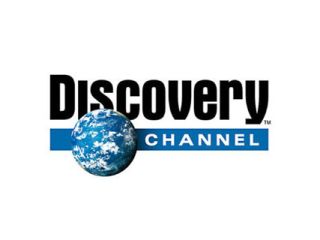 The Discovery Channel announced at CES back in January that it was throwing its hat into the 3D ring, offering a 3D channel – in association with Sony and IMAX – which would broadcast 24 hours a day, bringing the format one step closer to the mainstream.

The Discovery Channel doing 3D is something which shouldn't be underestimated. With 140 million subscribers worldwide it generates content that both educates and awes – which explains why its programmes are used to great effect in both schools and the home.

When it comes to shooting in 3D, John Honeycutt, executive vice president, media technology and operations at Discovery, is refreshingly candid about what the issues the format brings, explaining that it's not as easy to adapt to 3D as it was to HD.

"Sports and natural history were the main long-form drivers of HD and they are what will drive 3D," explains Honeycutt, speaking at the IPTV World Forum in London.

"At Discovery, innovation is part of our DNA. We did it with HD, so we will do it with 3D. There would be a big hole in our catalogue if we didn't.

"But honestly, 3D is hard and you have to think about storytelling. Storytelling made our business and we need to figure out how to do this effectively with 3D."

So why exactly is creating 3D content that hard? Below, Honeycutt gives his five reasons that explain it all...

1 Not all programmes suit 3D

In 2009, we sent out 47 HD cameras on The Deadliest Catch and none came back. This is why we use small HDV cameras to create this content.

Deadliest Catch wouldn't work in 3D, not only I the loss of 3D cameras not cost-effective, it would make you sick watching it.

And then you have to think about the safety of the cameramen. Using a 3D camera rig would make you effectively blind in one eye, something that isn't good when working with waves.

2 It's an added expense

In 3D, so much of the experience is about where you put the cameras, what is the position. This drives up the expense.

Unlike HD, where the cost was predominately technology, that is not going to happen with 3D – it's more about the production. So we have to find a middle ground. The sport guys are hearing the same thing. Originally, they would do separate productions, now they are looking at what can be shared.

We are not going to use a massive rig to shoot the kind of stuff we do for the Discovery Channel. 98 per cent of 3D you see is scripted content.

Our stuff is not, we are constantly moving, so we have been working with Sony and Panasonic and have been using Element Technica rigs to shoot the content – you can move with it and it can give smooth images.

The great thing about the 3D Sony camera is it has interchangeable lenses – this is a big thing for us.

4 It puts a strain on editors

Even things like editing have to be taken into consideration. Editing 3D content is tiring, so you have to consider editors doing shifts.

Old jobs look to making a comeback because of this: assistant editors coming back to help out with 3D editing, digitisers returning to tell the difference between good and bad 3D.

From a business point of view, Full HD 3D is a non-starter, you can't feasibly change all set-top boxes to bring that content.

It is an ideal, but we have to work with what we have got. We are looking at ways to do 3D that is cost effective and speed effective.