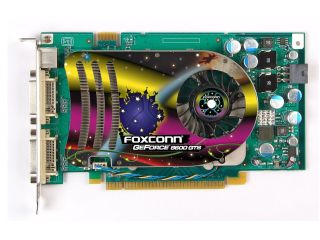 Nvidia 's numerous partners have all announced mid-range DirectX 10 compatible graphics cards to follow up the range-topping 8800GTX. All are derivatives of the G80, the first graphics chip to support Windows Vista's graphics engine DirectX 10 - though full SLI driver support has yet to emerge .

Variants of the GeForce 8600GTS, 8600GT and 8500GT cards have been announced by Foxconn , ECS and MSI among others.

In addition to the standard GeForce 8600 and 8500 series cards, Foxconn is launching factory GeForce 8600GTS and 8600GT "Overclocked" graphics cards. The Taiwanese firm has also announced that its cooling system can increase overclockability by up to 15 per cent.

ECS has announced the N8600GTS-256MX , N8600GT-256MX and N8500GT-256DY while MSI has also introduced different versions of the 8600 GTS and GT - one Overclocking Edition; another with heatpipe cooling - presumably for use in media centre and Small Form Factor (SFF) systems.