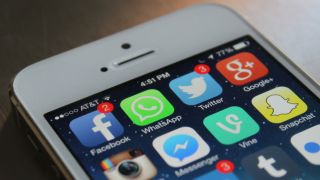 A few weeks ago, WhatsApp rolled out voice calls for Android users, significantly beefing up the capabilities of the popular messaging app. We got our hands on the app and honestly, we don't want to go back to making regular calls. Our only nagging issue was that the feature wasn't available on iOS devices.

Consider this problem solved. Today, WhatsApp introduced the voice calling feature named "WhatsApp Calling" to the iOS app. It utilizes wi-fi. 3G and 4G connections for making the calls, so wherever you are around the world, you can get in touch with loved ones for free as long as you have an internet connection.

The update notes listed in iTunes note that the feature will roll out slowly over next "several" weeks, so don't fret if you aren't immediately pinged for an app update.