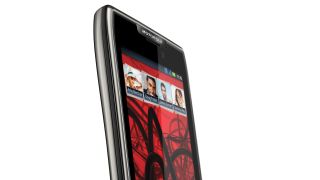 The Razr Maxx will get ICS, however others won't be so lucky

Motorola has released more details regarding its plans for the Ice Cream Sandwich update, and some devices are set to miss out.

A recent blog post by Motorola confirmed that it's starting to roll out the Android 4.0 update to certain devices, but highlights that it won't be bringing it to every handset.

Motorola states: "we want the new release to improve our devices. If we determine that can't be done - well then, we're not able to upgrade that particular device."

The Motorola Defy+, Defy Mini, Motoluxe and Milestone 2 are all part of the gang who will be stuck with Android Gingerbread.

This may be a bitter pill to swallow for those who own a handset which is going to be shunned by Motorola. If you want to check the status of your Motorola device, a full run down of ICS updates can be found on the Motorola blog.

Is Motorola right to refuse some of its handsets the update, especially those under a year old, or is this simply not good enough? Let us know you thoughts below.

From Motorola via PocketNow